After looking at removing 4od adverts I thought I’d have a look at removing adverts from playing on the ITV player. I found out that it was significantly easier than 4od.

Here is the how-to to disabled/skip adverts on ITV’s player. It is only for Windows Visa and Window 7. If you are using another operating system and you don’t want adverts then you should BLOCK 213.199.175.157 (itv.adbureau.net) with your firewall, either on your computer or router.

END_OF_DOCUMENT_TOKEN_TO_BE_REPLACED

4OD Channel 4 television, on demand, for the UK

So 4OD has a great collection of TV series that you can watch back to back. After watching about five episodes of peep show I found the adverts repetitive and annoying and decided to have a look at removing them. A brief search on the net and I found Steve Larsen had found a method. His instructions state that by redirecting three hosts to your loopback the adverts will not be played. I did this and for some quick tests I found it to work.

I set my router’s parental control to redirect the following URL s to 127.0.0.1

I did this in the hope that I would not have to reconfigure the hosts file on the various computers around my house.

END_OF_DOCUMENT_TOKEN_TO_BE_REPLACED

This Javascript Greasemonkey script will highlight a domain name in google results pages in both image search and standard search. This is of course freeware.

END_OF_DOCUMENT_TOKEN_TO_BE_REPLACED

Just come across a selection of funny and very well done alter endings to some popular films on youtube. You should check out How It Should Have Ended

To do an update on a piece of software I downloaded VB Express 2010. Converted my project and started hacking away. I found that none of my breakpoints would fire as “no symbols have been loaded for this document”. Upon a little investigation it appeared the project was in “Release” mode. A mode that was in older version of Visual Studio but removed from Visual Basic Express 2008. Now getting it to change to debug mode, I had to dig the button from a context sensitive menu and add it to the standard tool bar.

Now you can use the Configuration Manager to change the mode from release to debug, and back again!

I have updated Met-Art cracker for Windows 7 and to use .NET4 which has eliminated a couple of crashing bugs that occasionally occurred. You can find the main post here.

Seems like I has problems with my Windows 7 (64 Bit) Ultimate installation. Apparently the key I got from eBay was invalid, following these instructions everything is ok again.

Sysinternals Suite for windows is a must have for anyone how knows more than nothing about the windows OS.

Process Explorer is the most useful tool. It can replace the task manager and shows you far more details about what is running on your windows box. 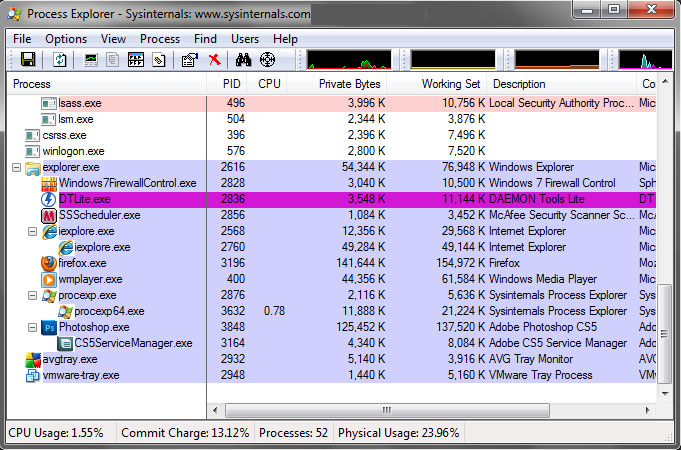 Best of the rest

Auto runs shows you all the locations that can be set for the automatic running of programs.

Shell run as enabled you to run programs under different credentials.

VM Map shows you where your memory is going.

As usual windows includes the kitchen sink turned on by default. Having unneeded services are a security risk and also adds to the the load of your computer. The following services on my machine were started and set to either manual or automatic should be disabled if not required.

Edit the launching of services by launching services.msc via the run box (windows button + R).
END_OF_DOCUMENT_TOKEN_TO_BE_REPLACED 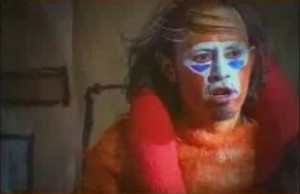 With millions of hits this video is well worth a look.